Fuel poverty and rising cost of living mean many only heat their homes three months per year, if that.

Britain’s pensioners are turning off their domestic heating for as much as nine months every year as uncertainty over energy prices worries many into trying to cut their outgoings. And worse, many are too proud or afraid to admit it. 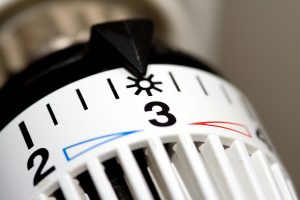 Warm.co.uk has found that many older people in the UK – particularly those living alone – use their heating as sparingly as possible, scared that they may find themselves with an unmanageable bill to pay.

Warm.co.uk says, people shouldn’t be made to shiver because of the fear of choosing between food and heating – practical solutions are at hand which can help most people.

“Fuel poverty is one of the quiet tragedies of our age,” says Warm.co.uk’s Jonathan Ratcliffe, “And it’s made worse because quite often those suffering the most are too ashamed to ask for help. It really doesn’t have to be that way.”

Why do people go without heating?

Loss of personal dignity is just one of the many reasons older people keep quiet about the fact that they might only heat their homes for as little as three months of the year, and even them some might only heat a single room.

• Warm.co.uk’s own findings reflect the wide-scale surveying carried out by the Age UK charity, which found that six out of ten elderly households ration their heating during the winter.

• The same survey also found that 42% of households would sacrifice part of their food budget to stay warm.

“We can’t argue with Age UK’s figures,” says Ratcliffe, “and our own evidence from speaking to our older clients shows how much of a problem it really is. And that’s after taking the winter fuel payment for older people into account.”

Warm.co.uk found that 65% of the 200 people they spoke to of pension age switch off their heating for nine months of the year.

The same surveying found that 60% set their thermostat at below 20 degrees Celsius in order to use as little energy as possible while their heating is on.

Those willing to speak to Warm.co.uk told a familiar story.

• J, London: “I get the winter fuel payment, but it only goes so far. I’m always keeping an eye on the weather, because keeping the heating on when I don’t need it eats into my savings.”

• M, Midlands: “We had a leaflet about the council and it was all about the ‘Blitz spirit’ and putting an extra blanket on your bed. I’d rather have help with my bills and my heating working when I need it to work.”

• D, Scotland: “We’ve not been so bad this year because the winter’s been mild. But when it snows and there’s ice about, you can feel the money coming out your radiators and out through the walls. I just wish we could heat our house a bit more often.”

• W, Wales: “Since we had our flat properly insulated, our fuel bills are much more manageable. And we only did it because we swallowed our pride and asked the gas company for advice, they couldn’t have been more helpful.”

Never turn off the heat entirely 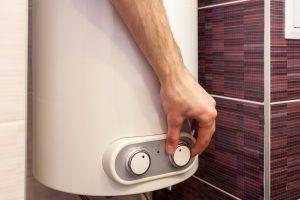 A vital tip is one that people tend not to realise; never let your home get too cold because you’ve turned the heating off altogether “It’s a false economy,” Ratcliffe says. “Keep the thermostat at a level where it only comes on when it’s needed. Houses take an awful lot of energy to heat up from scratch”.

But that’s not the end of it, he says, “Things like room thermostats mean smarter control over your heating, and that keeps our bills down and a lid on your worries about affording to keep warm.”

Most importantly of all, don’t be afraid to ask for help, Warm.co.uk’s Jonathan Ratcliffe says.

“Your well-being is much more important than your sense of pride. Speak out and you’ll lose neither.”