Families left to shiver in the cold when dad goes out – new survey finds. 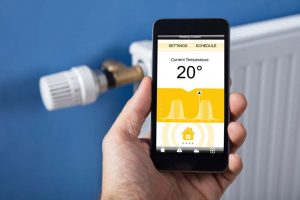 Men are more likely to turn the heating off, whether with heating apps or the thermostat, when they leave the house – even when there are other family members still inside.

While forecasters bang on about the cold weather, the news means nothing to blokes up and down the country who turn down the thermostat as they leave in the morning as they “won’t be getting the benefit”.

According to national heating maintenance company Warm.co.uk, it’s a mixture of trying to keep household bills down, and the faulty logic that they’re not in the house to benefit from the lovely, toasty heat.

“Not only are chaps hitting the ‘off’ button on the thermostat as they walk out of the door, but they’re now using smartphone apps to control the heating while they’re out,” says Warm.co.uk spokesperson Jonathan Ratcliffe. “And that’s taken the battle to a whole new level.”

Control the thermostat from anywhere with heating apps

Warm.co.uk spoke to dozens of UK householders, and uncovered this years-long conflict, which has now extended into the digital world with the advent of home heating apps such as Nest and Hive.

Asking the simple question “Do you turn the heating off when you leave the house, even if the family are still there?” Warm.co.uk found:

And these answers reveal the silent conflict going on between families.

Warm.co.uk’s Jonathan Ratcliffe says these are typical tales from around the country, now made all the more bizarre with the coming of the domestic control app, where users can control the heating from their mobile phones. Clare of Liverpool takes up the story:

Does it really save money?

The jury is out as to whether turning the heating off all day actually saves any money, Ratcliffe says. 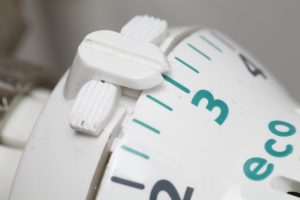 “Maintaining the heat at an acceptably warm level during the day may be just as economical as letting the temperature fall and giving it a big boost in the evening,” he says.

“In fact, if the temperature in your house gets really cold, you’ll have to run the boiler at full pelt for a long period just to get it up again. That can use up more energy than you thought you’ve saved.”

One final quote shows the folly of turning your heating off in winter when you’re not at home:

Ratcliffe’s advice is simple: “When you’re out for the day, turn the thermostat down and not off. Think about other people’s comfort as well as your own.”