Farming sector is turning off the central heating to cut costs, but increasingly using wood to heat their homes.

Increasing numbers of farmers are turning away from central heating in favour of both old fashioned methods and new technologies to heat their homes. One national heating and boiler company has found that the uncertain and increasing price of gas and oil fuel means that people in the farming sector are looking to the past to provide heat in the future.

According to Warm.co.uk, the good old open fire is making a comeback, as well as the kitchen stove. “Gas and fuel oil prices are unpredictable at the best of times. It’s no surprise that farmers are turning to what they do best – find solutions from the land,” says Warm.co.uk spokesperson Jonathan Ratcliffe. 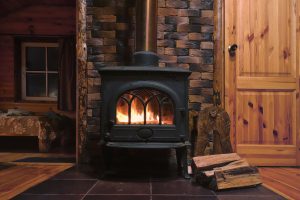 Speaking to dozens of farmers over the winter, Warm.co.uk found that over 70% used “alternative” fuels to heat their homes. A quarter of those said they had started to do so in the last two years. Many of these agricultural workers said that they used wood. These are usually logs from their own land or sourced locally. They burn them on an open fire or in a stove. Generally the central heating is only used for 3 months of the year. Just 15% use it for 2 months.

“It’s obvious that people are using what’s around them to bring certainty back into their lives. This can bring down their heating bills,” says Ratcliffe. “It’s what any good businessman would do to mitigate risk.”

This is a view echoed by members of the farming community who took time to speak to us.

Steve, Bristol: “Fuel costs going through the roof, it’s one of the main topics of conversation when we get together. One of my neighbours has a log-splitter, and it gets a lot of use round here in the cold months.”

Jim, Northern Ireland: “We’ve got wood coming out of our ears here, and we make use of what’s available, sell some to neighbours. Since we’ve being doing this, our domestic heating bills are reduced. Really pleased with that.”

Derek, Wolverhampton: “I’ve been a victim of fuel oil theft twice now, and it’s pushing my insurance premiums through the roof. That’s one of the reasons we’ve gone back to a wood burner. Who’s going to run off with a wood pile?”

The increased use of alternative fuel doesn’t mean they’ve turned their back entirely on modern central heating. 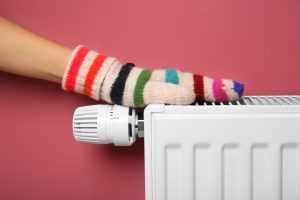 “People outside the industry forget that farmers are modern people too, and like their home comforts as much as the next office worker,” says Warm.co.uk’s Jonathan Ratcliffe. “So you’ll see a modern, well-serviced central heating system in many a farm house.”

In fact, Warm.co.uk find that increasing numbers of families in the farming sector are opting for a sensible and mixed approach to their domestic heating arrangements.

John, who manages a farm in the south-east of England explains: “I’ve got teenage daughters, and I’d never hear the last if it if I told them we’re only going to run the kitchen stove in winter. I think they’d actually move out. That’s why I try to keep my fuel costs down by using alternative methods. This includes burning locally-harvested wood, and also heating water through the solar sources.

“But we still need the central heating sometimes, though I find I’m ordering in fuel oil for the boiler far less than we used to. I think it keeps the girl’s happy too.”

Warm.co.uk’s Jonathan Ratcliffe: “Fuel uncertainty is the same across virtually all industrial sectors and in many homes around the country. “But it’s the farming industry that’s really using its collective knowledge to embrace practical solutions. Old is as good as new in many cases.”